When lighting, first set up the flash in the “basic position” and then make “fine adjustments” depending on the features of the person. Then move on to “Variations”.

Now, we will explain each of them in detail. 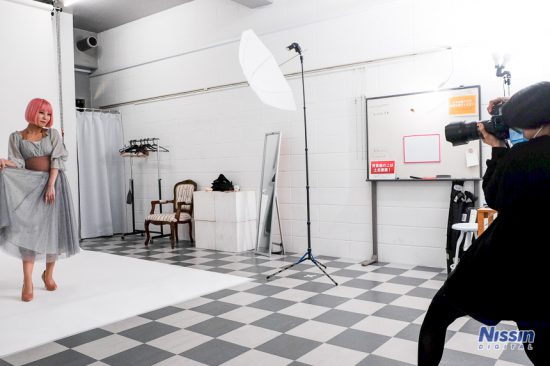 It is a lighting with a three-dimensional effect with moderate shadows while the light turns beautifully. The shadows express the texture of the clothes, giving a luxurious look. It is easy to get a natural impression by shining light from a position higher than the line of sight. 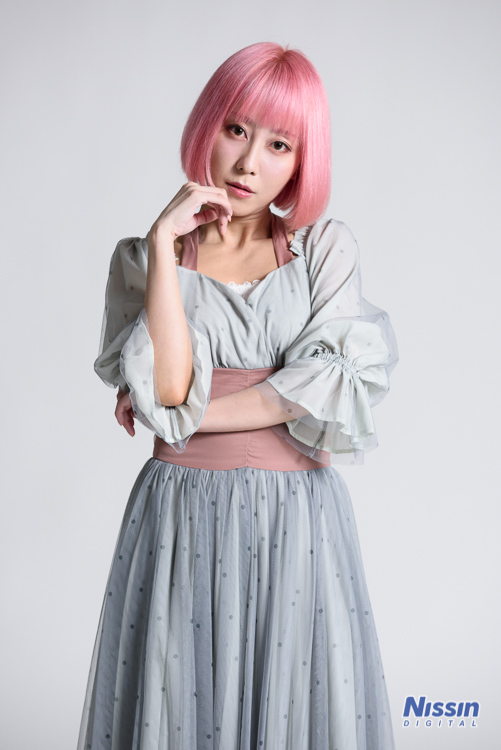 Basic lighting with a moderate three-dimensional effect. If you get lost in writing, it’s a good idea to start from this basic position.

The basic position is standard lighting with few hits and misses, but it’s not all-purpose.
The appropriate way of shining light depends on the image of the subject, the condition of the skin, facial features such as unevenness and the size of parts, and the type of clothes you are wearing. It may be necessary to make fine adjustments from the basic position, so let’s see how to make adjustments.

Skin… If you are worried about wrinkles or rough skin, move closer to the front.

Lighting from closer to the front reduces the appearance of wrinkles and rough skin, and makes the skin look more beautiful.

Unevenness of the face and the size of the parts… Make sure that the areas of concern are inconspicuous.

Now that you’ve adjusted the basic positions, it’s time to shoot some variations. There are three basic patterns and their combinations for variations.

Concentric circles… Move the strobe concentrically around the subject.

Caution: When installing from the side to the rear, the TTL mode cannot be used because the strobe light does not affect the exposure so much. Adjust the amount of light with Manual mode.

Up and down… Expand and contract the light stand to move the flash up and down.

Distance… Move the flash closer or further away from the subject.

Now let’s take a look at the variation in detail on the next page.